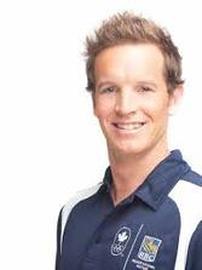 Christian Redmann - President/Founder
​Christian was a professional beach volleyball player who competed for Canada on the World Tour for 15 years. Some of his accomplishments include
• 2 X Canadian National Champion
• Top 10 world ranking
• 2011 PanAm Games
• Represented Canada in multiple World Championships
• 2014 Continental Champion
• 2012 – Qualified a spot for Canada in the London Olympics
• Canadian National Team for over a decade

He has also been coaching youth volleyball for 15 years. Christian has coached club volleyball at just about every age and level from 13/14U developmental teams all the way up to 18U Provincial Champions, and National Medal winning teams. He was the Head of the Volleyball Program at Havergal College in Toronto for 10 years where the school won more than 25 Independent School Championships from 13U up to 20U and a Provincial Championship. Ten years ago Christian and 3 time Olympian and Olympic Medalist, John Child started up Leaside Volleyball Club. The club has a competitive side that has won numerous Provincial Championships as well as a house league side that has over 1000 kids playing annually. He now lives full time in Vancouver with his wife, Olympic Snowboarder and Dr. of Traditional Chinese Medicine, Dominique Vallee.

Christian is now the head coach of the top Canadian Men’s beach volleyball team, 2016 Rio Olympian Ben Saxton and Grant O’Gorman.
​
To get to know Christian better you can click on his social media icons below. 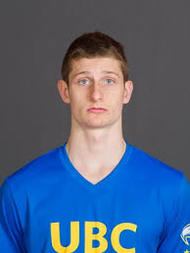 Zec Johnson - SR Coach
Zec is currently in his second year as a setter for the UBC men’s volleyball team. He is a 4x club national champion, and a U-Sports National champion.

Zec is in his second year at the Sauder school of business, hoping to specialize in finance. ​

Zec and Jeremy (below) have a phobia of smiling for head shots for their UBC Men's Volleyball pictures. They try to look tough but they are very friendly and helpful coaches that have a great amount of volleyball knowledge. 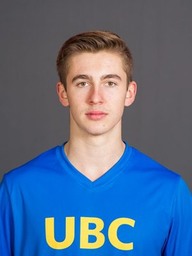 Jeremy Bednar - SR Coach
Jeremy is going into his 3rd season with the UBC Men’s volleyball team as a libero. His team just recently won the U Sports National Championships in Toronto.

At UBC Jeremy studies business, and is planning on pursuing a career in accounting. This summer you can find Jeremy at the lululemon store on 4th street!​

​Jeremy has promised to smile for this years head shot for the UBC Varsity team.
​To get to know Jeremy a little more check out his instagram by clicking on the icon below 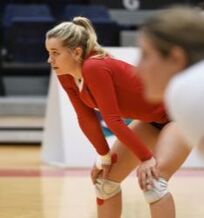 Jayme Bratsberg - SR Coach
​Jayme grew up in North Vancouver and played for BCO volleyball club during her high school years. She currently attends Simon Fraser University and is majoring in biochemistry. Jayme has been a player on the women's varsity volleyball team for 4 years, and is entering her 5th and final season as a libero/defensive specialist.

Jayme has coached both beach and indoor volleyball for over 6 years. She has worked for Volleyball BC, North Shore Beach, BCO Volleyball Club, and Upper Lynn Elementary/Argyle Secondary Schools. Her favourite thing about coaching is sharing her passion for the game with anyone she works with! 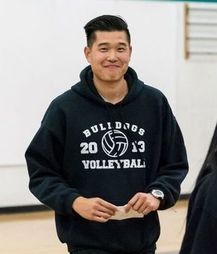 ​​Vince has been coaching youth volleyball for over 10 years. Vince has graduated from UBC with a Bachelors in Human Kinetics and a Masters in Educational Leadership and Administration.  He is passionate about teaching and coaching and is persistent in building self-efficacy to our next generation of youth through sport. He has experience coaching students ranging from grades 2 through 12.  Most recently, he has been coaching senior girls high school volleyball as part of the Vancouver Secondary School Athletic Association. 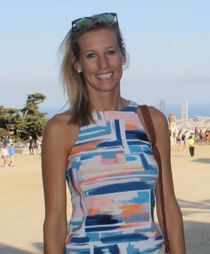 ​Kelly has played volleyball since grade 5 and has coached U13 and U14 for Thunder Volleyball. In high school, Kelly played for Little Flower Academy and Thunder Volleyball. She played intramural volleyball in university, as she swam for the Varsity swim team at Western, and continues to play intramural volleyball both indoor and on the beach.  Kelly strives to focus on building skills in each athlete based on where they are at in their game and loves watching a team come together, develop, and improve over a season. Kelly works as a sales rep in Western Canada representing Speedo and Lualoha Towels. 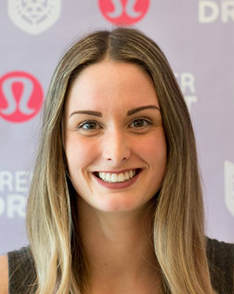 Lainna Buchs
Lainna is new to the West Coast! After coaching 4 years with the Leaside Volleyball Club in Toronto, she is entering into her 5th year of coaching club and joining VVL. Lainna is a Certified Development Coach, working towards her Advanced Development Coach certification.
Lainna works for Freestyle Canada Ski, and on the side, she has started a charity called Artists4Athletes, which raises funds for Beach Volleyball athletes and their basic athletic needs.
Lainna was a member of the University of Waterloo Warriors Volleyball Team from 2009-2012. She went on to play for the Humber Hawks Volleyball Team during the 2012/2013 season, winning their 6th consecutive OCAA championship. Lainna also played in Toronto's inaugural ONE Volleyball league in 2017. Lainna is inspired and driven to coach not only players, but young women to be the very best people they can be, and is very excited to bring her strengths to the U15 girls team this year!